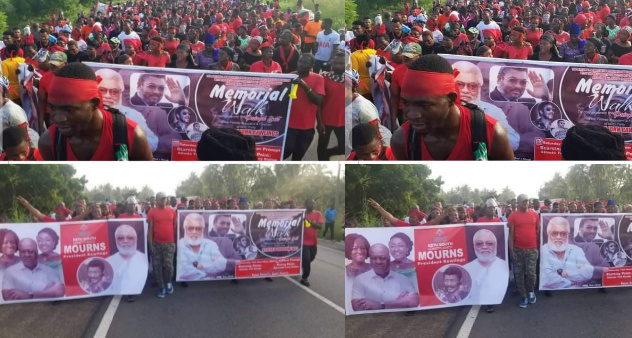 A picture of a memorial walk
The NDC has organized a memorial walk in honour of the late and ex president Jerry John Rawlings.
The late president is the founder of the National Democratic Congress. He spearheaded the party and he himself stood on the ticket of the NDC and won. Other notable members who have stood on the NDC are John Atta Mills and the current NDC candidate, John Mahama. 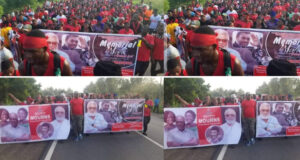 A picture of a memorial walk

The late ex president, has stood and won elections on two occasions until his retirement in 2001.
The government has shown concerns and have come out publicly that they are ready to give the ex stateman a befitting burial.

A book of condolences has been opened by the government for him.

The NDC are also doing their bid to honour their hero and founder. In a statement released, they said they are mourning their hero now and will not wait for government.

Evidence of it is seen in the memorial walk organised today the 14th of November, 2020.