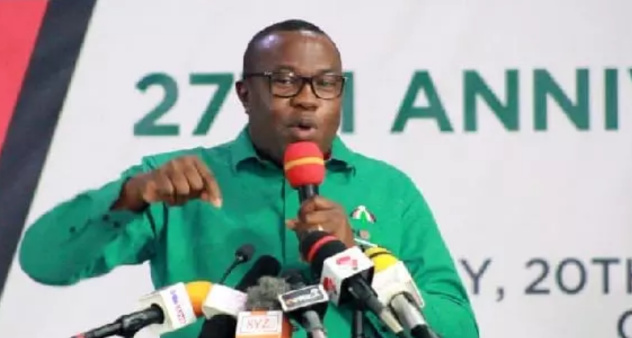 An Assistant Professor at the Texas Technology University, Dr Rauf Arif, who is also a social movement for change and social media expert, has urged anyone who holds any government position to avoid offending online social movement campaigners of #FixTheCountry with their “#FixYourself” hashtag.
According to him, such statements fuel anger and become a resource or motivation for social movement people to sustain the campaign.

Dr. Arif engaged in a lively online discussion with the Director of Research, Innovation and Development (DRID) at the Ghana Institute of Journalism (GIJ), Dr. Etse Sikanku.
The discussion was organized on the topic ‘#FixTheCountry Campaign: Protest Movements, Communication Practices and Contentious Politics in a Digital Age’.
The #FixTheCountry campaign was a hashtag started by a Twitter user and it gained millions of followers in and outside Ghana and has driven mostly the youth calling for government to improve citizens’ lives.

Dr. Arif further stated that digital social movements have chances to reach wider audiences due to its effectiveness for example in Egypt, Pakistan and Tunisia.

He indicated that pointing fingers at people, for instance, can cause them to move to the streets which may lead to destruction of property and loss of lives as the amplification of online social movements take place strongly on online forms of communications than on streets.
He urged the government to analyze the demands and engage in political dialogue via the social media and appoint a government personality as a representative who tweets back at issues raised instead of using the hashtag “#FixYourself”.

He added that this strategy should be from the government to make sure that the “#FixTheCountry” social movement should be reform-oriented and not regime change-oriented or revolution-oriented.