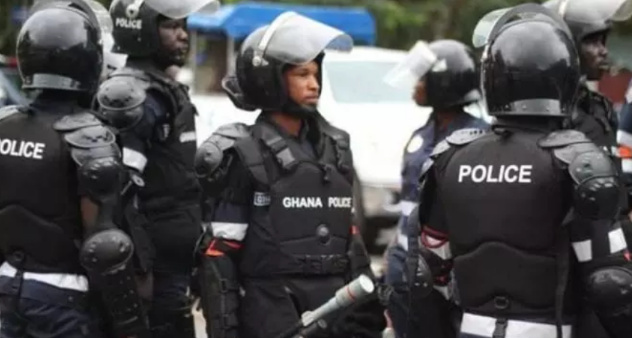 Bawku is part of Ghana, citizens in the bawku environs are being shot dead, but we realise that government is silent, Ghanaians are silent. Why is it so?

Keta was emerged in water, the media captured. Most media houses and stakeholders sought for help for them. Apiatse was razed down, we see Ghanaians and the media fraternity moving in to capture their story and seeking for aid. Bawku’s issue has been reported : “Gunshots heard near Burkina Faso”. When we very well know that the town is practically turning into a ghost town with people trapped indoors,others fleeing, others nursing their wounds, others burying their dead relatives and looking up to God for resolution. A lot of the public sector workers from the various regions of Ghana have been posted and are working in Bawku and it’s environs. Nurses, teachers, bankers, VRA workers, district assembly workers and other public workers have found themselves caught up in the midst of gunshots.

How many people do we want to see dead before we see it as a state of emergency. 21st century and we see the media silent, no body cares. It is estimated that 30 people have been shot dead, some buried secretly because they were found days later. On paper it is stated 11 people have been shot. This is a big loss and it is high time Ghana arises.

It is to be noted that Bawku Conflict started somewhere 1957 but from 2000-2008, the conflict erupted. However, for a number of years now we have seen a peaceful coexistence of all people until 23rd of December,2021 when sporadic shootings led to the worsening of the conflict with people losing their loved ones whilst others fleeing for their lives.

Indeed, most of bawku and it’s environs are more or less partially involved. On Pusiga road, a driver was shot, Binduri a driver was killed. As at yesterday, 6 people died with one being a policewoman.

Moto bikes have been banned by the regional minister with curfews placed and lifted. It is indeed true that the security can bring a temporary calm but not a permanent calm. The military and the police are playing their role yet if a permanent solution is not found with all hands on deck, the whole community with its educated folk will be razed down.

Lives have been lost from all sides including people who have no iota of the happenings around them. Bisas have lost their own, Moosis, Mamprusis, Kusaasis, Gurumas, and counting.

Here lies the case, guns in the hands of the youth. The youth that owns tomorrow. Ghana arise, Ghana arise. If a resolution was found for the conflict in Northern region(Abudu & Andani) why not, for Upper East (Bawku).

All stakeholders should come together to attend to this erupting conflict in Bawku. Bawku is part of Ghana, a life lost is crucial not to talk of 11 down.