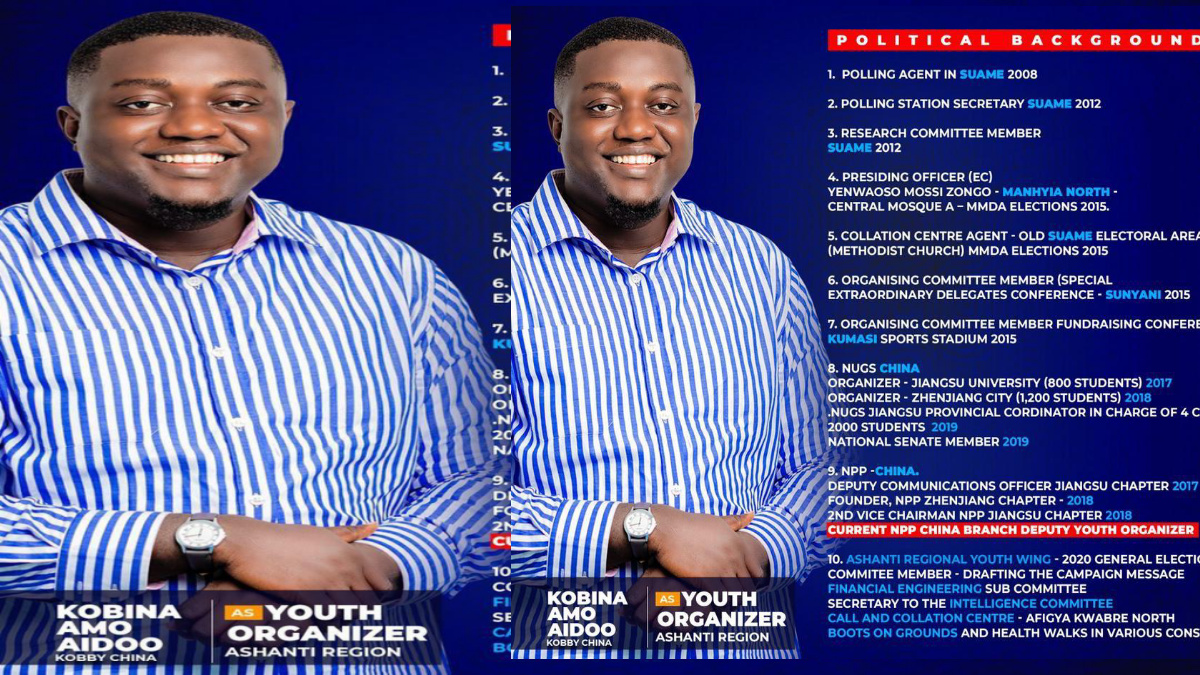 📯KOBBYCHINA born Kwabena Amo Aidoo Jnr has been a die hard NPP affiliate who has, in the course of the years, dedicated his life to serving the party. He has been with the grassroots working and lobbying for the New Patriotic Party since 2008. He is not only a giant but a giant that stands tall for the party if elections are to be won in the Ashanti Region. His love for people and dedication to seeing the party excel makes him the right person to be elected to become Ashanti Youth Organiser.

Let’s take a look at his profile and why he should be your first and first choice.
Political background

Related Topics:Kwabena Amo Aidoo
Up Next

Hope, Africa’s Only Potential For A Continental Salvage