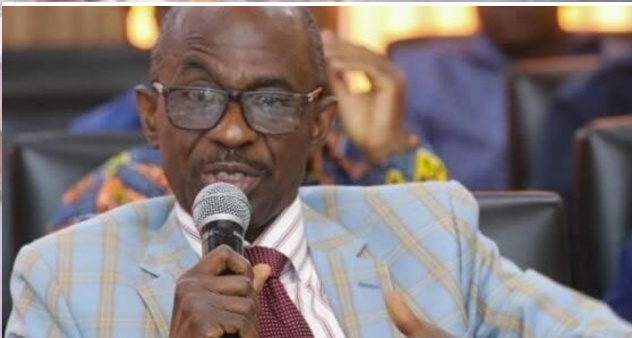 Director of Elections of the National Democratic Congress (NDC) Elvis Afryie Ankrah has said the decision to close polls at 3PM was not a thought-through proposal.
He said there was no scientific analysis done to back this decision.

“Whichever way you look at it, voting and counting will still go into the night. The solution is to provide the system for every eligible voter to vote

“Put in place every facility to ensure that people are able to vote. If it is about counting in the night, ensure that all your polling stations have lights,” he said.
“There is no science backing it,” he added.

Meanwhile Director of Elections of the New Patriotic Party (NPP) said the decision was properly discussed.

He asked Mr Afriyie Ankrah to withdraw and apologize for his comments that the decision was not a well thought through decision.
All the stakeholders who attended the two-day forum held by the Electoral Commission (EC) to examine last year’s elections, have agreed that going forward, voting in Ghana’s election should close at 3PM.

In a communique issued after the meeting, the stakeholders agreed among other things that “The polls should end at 3PM, instead of at 5:PM.”

The EC’s chair, Mrs Jean Adukwei Mensa had earlier proposed for the stipulated time for the closure of polls to be moved forward from 5pm to 3pm in future elections.

She revealed the initiative was to take effect in the 2020 general elections but was put on hold as a result of COVID-19.

“We propose closing the polls at 3pm rather than 5pm. In 2019, we announced our decision to close the polls at 3pm rather than 5pm, in the 2020 Elections. Nonetheless, owing to the COVID-19 pandemic and the stringent, and necessarily time-consuming safety protocols we instituted at our polling stations, we were compelled to put this proposal on hold.
Over the past months, however, this proposal has re-surfaced from various sections of the public, and indeed, our own experience from the 2020 Elections has revealed that it is a workable proposal, as by 1pm, most polling stations were empty, suggesting that this is a workable proposal. Therefore, this is a reform we intend to put forward.”