NO EXCAVATOR GOT MISSING IN OUR CUSTODY- ESIAMA DIVISIONAL POLICE COMMANDER 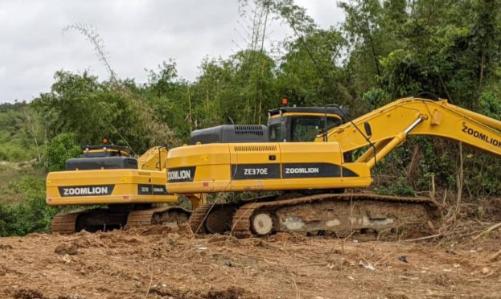 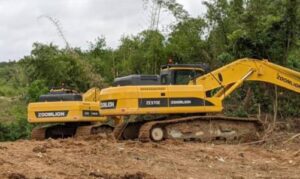 The divisional Police commander of Ellembelle ACP Hlordzi Dodzi has debunked claims by the DCE of Ellembelle that two brand new excavators got missing in their custody.

District Chief Executive for Ellembelle who doubles as the Chairman of the District Security Council Kwasi Bonzo said he reported to the Divisional Policetrac Commander ACP Dodzi Hlordzi of an ongoing illegal mining operation on the land of the Nkroful Agriculture Senior High School and needed officers to go and clamp down on them. 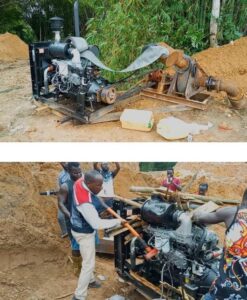 Unfortunately, the Divisional Police Commander told him there are no men for that operation.
Kwasi Bonzo narrated further that at about 5:30pm he received a call from the assigned member of the District Small Scale Mining Committee that the two police officers say they are leaving.
When asked why the District Mining Committee and National Intelligence Bureau team could not immobilise the two machines, he explained that no mechanic was willing to help.
The divisional Police commander for Ellembelle ACP Dodzi Hlordzi speaking to Westend Radio, debunk the allegations and said there is no truth in what the DCE is saying. meanwhile, he said there was no excavator in their
0 24 673 0029 contact him for more explanations