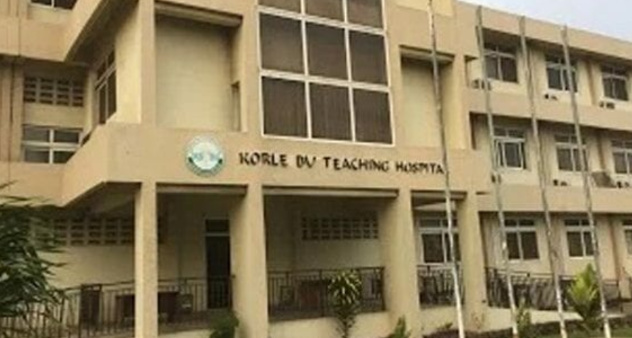 A picture of Korle bu

Prof Ahmed Zakariah, the national ambulance service’s chief executive officer has revealed that the armed robbers who attacked the ambulance on Thursday did not only kill the driver but also sexually assaulted a paramedic who was with the team.

Describing the incident as horrific, Prof Zakariah said the victim has since been traumatised and has since not plied the road the unfortunate incident occurred.

“Initially, people were trying to rationalise that they mistook the ambulance for a police vehicle, but the subsequent events showed that, that wasn’t the case, because they got closer, saw it was an ambulance shot the driver who was a paramedic himself and forced themselves into the patient compartment which was locked.

“They forced the poor lady (paramedic) to switch off the engine because they feared the siren and beacon light will draw attention. They then robbed her of her telephone and whatever she had on her and fondled her breasts; all this while, with a gun to her head,”.
According to Prof Zakariah, although the Service has recorded a number of attacks on its personnel on duty, they have always been on a minor scale, but, the recent one which led to the death of one of the paramedics was “pathetic and extreme”.

The visibly saddened CEO said that the incident has dampened the morale of the National Ambulance Service.

“Everybody is devastated because nobody would have thought that an ambulance carrying a sick patient will be attacked in such a manner.
Imagine you leave your family to save people and you do not return and it is not because of an accident but you were shot by armed robbers. The incident is really horrific so everybody is devastated about the situation,” he said.

Prof Zakariah further stated that plans are far advanced to increase the risk allowances of members of the service.

“The NAS needs the support of everybody. We will need to collaborate with security agencies so that they provide support so that patients and paramedics are secured.
This is one option that we have to immediately look at, because the alternative is to halt night duties. But obviously, that won’t be an option in the interest of the masses. So what will serve the collective interest, is to guarantee the safety of paramedics,” he said.

Meanwhile, relatives of the murdered Ambulance Service personnel have called for expedited investigations into the incident that led to his death.