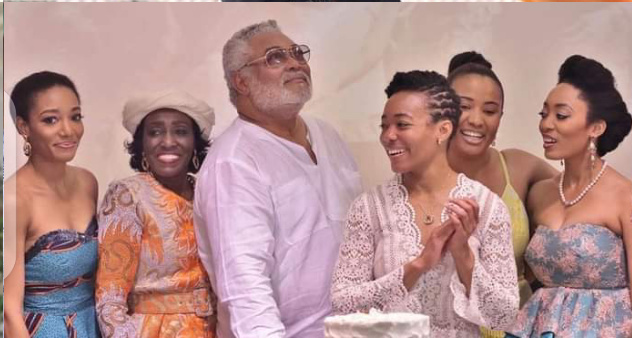 Ghana has lost an ex president who contributed greatly to make Ghana what it is today. A man very vocal, funny and disciplined. Hating corruption and having a heart with the less privileged at heart.

Man is not perfect, but this man did what he thought was best for Ghana. His history, his story might show his flaws, but of course yes, he is, but a man. A man who fulfilled his destiny and has left a big vacuum in the heart of Ghanaians.

Jerry Rawlings John was born to Victoria Agbotui  and James Ramsey John in Accra on the 22nd day of June. James was a Scottish chemist and Victoria, an Ewe from the Volta Region.

Rawlings is married to Nana Konadu Agyemang Rawlings, a college mate he met at Achimota college. 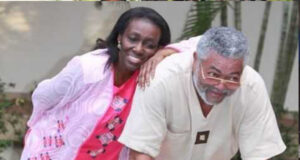 They have four children. They are Zanetor Rawlings, Yaa Asantewaa Rawlings, Amina Rawlings and Kimathi Rawlings. 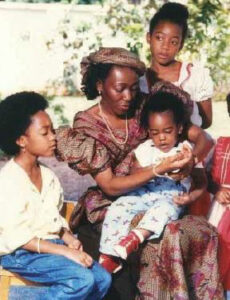 Education wise, Rawlings attended Achimota college in 1967. He then attended Ghana Air Force. He was posted to Takoradi to continue his studies and graduated in January 1969.

Rawlings was commissioned as a pilot officer. He won the best cadet in flying the supersonic jet aircraft. He became a flight lieutenant in April 1978.

He joined the student council at University of Ghana and through reading and discussion of social and political ideas, his view of the injustice of society hardened. He also witnessed a worsening in the discipline and morale of the Supreme Military Council.

Rawlings was unhappy with Ignuatius Kutu Acheampong’s government. This government came in to power through a coup d’état in 1979. There were wildspread rumours of corruption and Ghana’s dependency on our colonial rulers. This led to economic decline and poverty.

Rawlings was a member of  the Free Africa Movement. This was an underground movement of military officers who wanted to unite Africa by organising coup d’états. 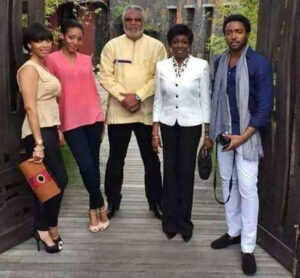 A picture of J.J and the family

The first attempt was on the 15th of May 1979. Exactly five weeks to elections, Rawlings and six other soldiers staged a coup against the government of General Fred Akuffo. The coup was unsuccessful and they were arrested.

Rawlings was imprisoned and sentenced to death. He won the heart of ghanaians as he explained his motives for the coup.

While waiting to be executed, he was saved by a group of soldiers who had organised another coup to release him.

He led the group to oust out the Akuffo government and Supreme Military Council. He set up the Armed Forces Revolutionary Council (AFRC) and became the chairman.

He ruled for 112 days and executed eight military officers, three former head of state (Afrifa, Acheampong, and Akuffo). He also executed other generals by firing squad.

He also organized a house cleaning exercise where he killed and abducted 300 Ghanaians.

Rawlings handed over the presidency to President Hilla Limann on the 24th of September,1979.

Limann’s party (PNP) was ousted out just after two years (31 December,1981) of being handed power. Rawlings claimed that the the economy was deteriorating. Another execution took place again and this time it was on supreme Court judges. However, unlike the 1979 executions, these people were abducted and killed in secret.

Rawlings created the Provisional National Defence Council and ruled the country. Unfortunately, his government lacked experience in implementing and creating economic policies.
Rawlings blamed the economic and social problems on trade malpractices and other anti-social activities”.
In 1982,a four year economic program was put in place on monopolise  the export and import of trade. This was to help eliminate corruption on import license and dependency on European markets.

Price control was put in place for Businessmen. And in order to exercise state control over the economy, the Makola No. 1 market was destroyed.
Workers Defense Council (WDC)  and People’s Defense Council (PDC) was created to mobilise the people to support radical decisions pertaining to the economy.
People in the urban areas benefitted from the price control whilst those in rural communities especially farmers suffered. This is because, most of these rural folks were mostly dependent on the prices of agricultural products. 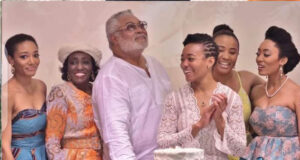 A picture of J. J and the family

For this reason, an economic crisis befell the nation in 1983 known as the 1983 hunger season. He therefore had to restructure and submit to an election process to maintain power.
In 1982, even before the economic crisis, he had put in place a commission called the National Commission on Democracy (NCD).
He wanted to listen to the voices of the people for a democratic transition.

The NCD recommended that, an executive president be elected, a national assembly should be formed and  the creation of a prime minister’s post. This enabled the committee to draft a new constitution lifting a ban on multiparty system in Ghana.
In May 1992, it was approved and elections were conducted in November.  The NDC won 60% of the votes.
Rawlings took office on 7th January 1993 and became the president of the 4th Republic of Ghana

One and half years after ruling, he had to set up the Economic Recovery Program after World Bank and IMF suggested to him to do so since the country was in a bad state.
The cedi devaluated because of the policies implemented. Price control was lifted, social service subsidies now favoured farmers over urban workers, and privatization of some state-owned enterprises, and restraints on government spendings were put in place.
Ghana received $800 million in 1987 and 1988  as aid from donors and in 1989, $US900 million.

He began to ease control over the judiciary and civil society. He made the  Supreme Court independent and allowed  the publication of independent newspapers.
Opposition parties now had the freedom  to operate outside of parliament and held rallies and press conferences. All these took place in 1992.
In 1996, the NDC had to face
two major contenders John Kufuor (NPP or The great Alliance) and  the People’s Convention Party (PCP). He won again.
He retired in 2001 and the NPP, John Agyekum Kufuor took over.

He has been named the eminent person (international year of volunteers) by UN, African Union envoy to Somalia, he has given lectures at universities including Oxford University.
He has been on a working trip to Burkina Faso as chairman of the Thomas Sankara Memorial Committee, he also led a delegation to the funeral of former president Robert Mugabe.

Rawlings was also awarded an honorary doctorate degree at UDS. He used his US$50,000 Hunger project cash prize as seed money to sponsor the university in the north of Ghana. Rawlings received the Global Champion for People’s Freedom award by the Mkiva Humanitarian Foundation.

Unfortunately, he was reported dead today, 12th November, 2020, at the Korlebu Hospital in Accra.
Mr. Rawlings suffered a short illness and  had been on admission at Korle-Bu hospital for about a week.

This occurred two months after the death of his mother Victoria Agbotui.
The whole Ghanaian community is mourning. May his family be consoled and may his soul rest in peace.
Paulinaanaba.com and the whole team sympathises with the family
Related Topics:GhanaJerry John Rawlings
Up Next