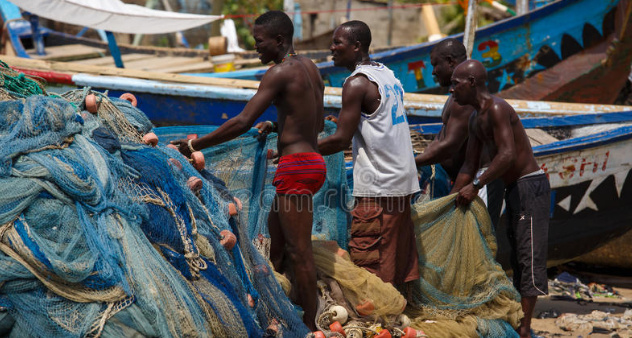 A picture of fishermen at sea

News reaching Paulinaanaba.com is that, there is a resurgence of hoarding and sale of premix fuel in parts of the Central and Western Regions.

This doesn’t come as a surprise as this behavior has been exhibited in the past before.

It is for this reason that the Vice president of Ghana, Mahamudu Bawumia made promises to digitise the distribution of government’s subsidised premix.

This will help stop the hoarding and reselling of the premix fuel at exorbitant prices to fishermen.

A year ago, there was a documentary that centered on the hijacking of premix fuel.

This hoarding has even become so lucrative that non fishermen are engaging in it. They buy barrels of fuel to hoard and resell.

In Accra ,the digitisation has commenced and if you don’t have a card, you can’t buy premix fuel

The administrator for the National Premix Fuel Secretariat, Nana Abrokwa Asare says efforts are underway to digitise the process across the country.

Dustbins In Every House By 2021- Zoomlion