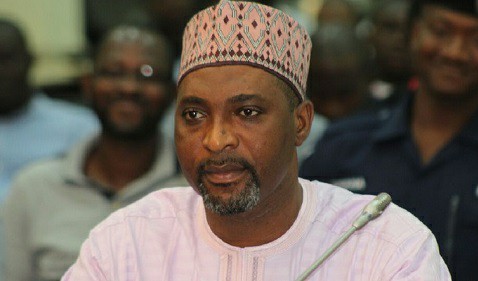 Muntaka Mubarak, the Minority Chief Whip has questioned why the Member of Parliament for Assin Central, Kennedy Agyapong, is not facing trial for some comments he made about the late investigative journalist, Ahmed Hussein Suale.

Ahmed Hussein Suale became the subject of attacks and abuse by Kennedy Agyapong following his role in the Number12 documentary which uncovered deep-rooted corruption at the Ghana Football Association.

Mr Agyapong made certain remarks which were understood by some persons as threats to the life of the journalist.

On January 19, 2019, Suale was cold-bloodedly murdered by yet-to-be-identified assailants with police offering little update on investigations so far.

Muntaka Mubarak in a question to Kojo Oppong Nkrumah probed why he is not concerned that the man who allegedly threatened a journalist is walking free after the death of the journalist.

Muntaka premised his question on the fact that Samuel Ofosu Ampofo, the Chairman of the National Democratic Congress, is facing trial for allegedly threatening Jean Mensa, the Chairperson of the Electoral Commission.

He could not fathom why Kennedy Agyapong is walking a free man when Ofosu Ampofo is in court.

When journalists on Montie FM allegedly threatened the president, they were made to face prosecution.

When Samuel Ofosu Ampofo allegedly made comments that threatened the EC, he is facing trial.

So why is our colleague Kennedy Agyapong not facing trial for comments made before Ahmed Suale’s murder,” he quizzed Oppong Nkrumah who appeared before the Appointment Committee for his vetting.

Oppong Nkrumah, however, remarked that such issues lie within the purview of the Ghana police and that he cannot comment on matters of investigation.