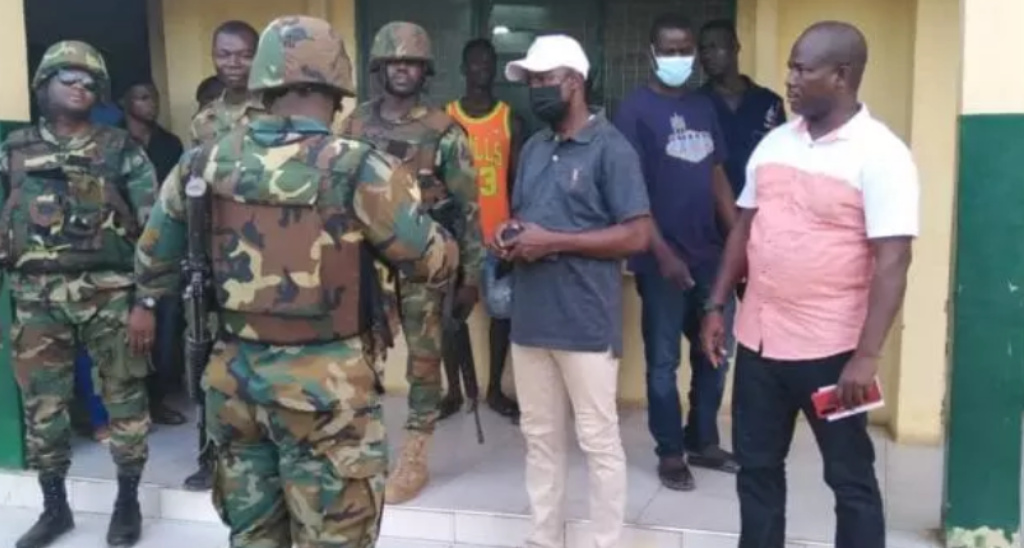 A picture of men at the police station

Two clans at Mpaha in the Central Gonja District of the Savannah Region clashed concerning a land dispute. One person is feared dead with three others sustaining various degrees of gun shot wounds.

Through sporadic shootings by the various clans, a male, is reported to have been hit by a bullet and lost his life.

Some houses have also been torched or set on fire. Security personnel have been deployed to the area. Whilst residents are beginning to flee the town.

Related Topics:DeadGonnaGun battle
Up Next