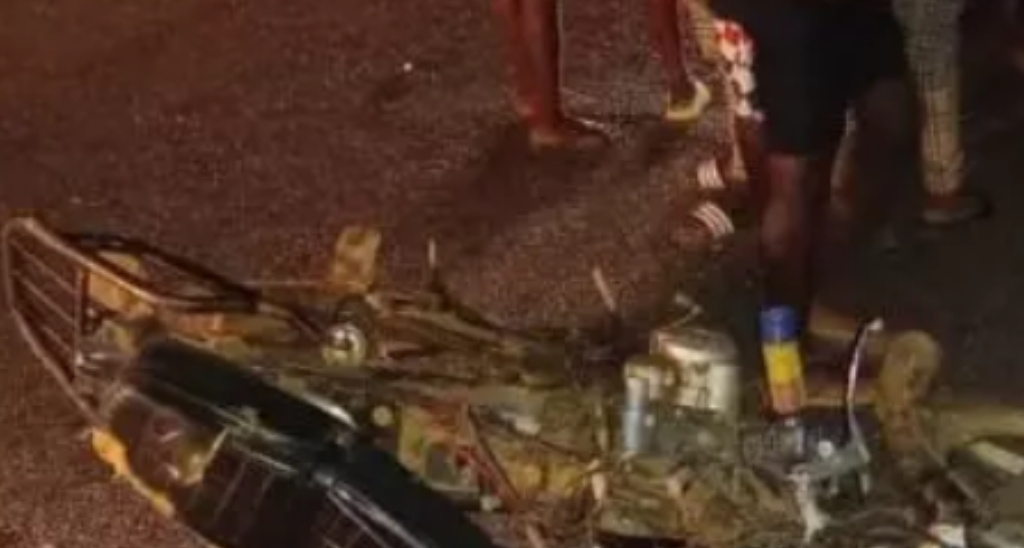 A picture of a motorcycle

An accident occurred in Bomso, near Asuom in the Kwaebibirem Municipality of the Eastern Region. Two people died on the spot while five others sustained injuries.

Unfortunately, one of the dead had his head chopped off the neck and it took a while before the police retrieved it in a near-by bush.

There were two Royal Motorbikes, one Unregistered and the other with registration No. M 21 GR 9666 together with the lifeless bodies of one Laphew Obeng, age 20 and one Tawiah, aged about 20 whose head was nowhere to be found”.

Jeff, 18, sustained a fracture in his left leg and was referred to Kade Government Hospital for treatment whilst Kwaku Amponsah, 17, is on admission at the Asuom Health Center.

Efforts are underway to locate the other accident motorbikes for further action. The dead bodies have been preserved at the Kade Hospital Mortuary for autopsy.