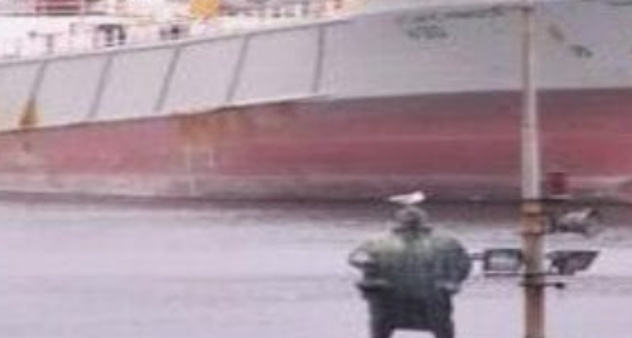 A picture of a Ghanaian vessel

The Atlantic Princess, a registered Ghanaian vessel has been attacked by five pirates at sea within Ghana’s territorial waters.

The incident happened on Wednesday, May 19.

According to reports, the vessel was stopped south of Tema by five armed pirates wielding AK 47 rifles.

“The pirates upon getting onboard instructed the vessel to alter course further South East and remained onboard until 200145 hours UTC when they finally disembarked with 5 expatriate crew members kidnapped,” a report by the Ecowas Multinational Maritime Centre said.
The exact location of the kidnapping and disembarkation is 03 56.4 N, 000 27.5 E approximately 103NM SSE of Tema. In all the pirates spent about 6 hours onboard the vessel.”

The kidnapped expatriates are a Captain, who is a Korean, the Chief Officer, Second Chief officer, Chief Engineer – all Chinese – and Boatswain’s mate, who is a Russian.

“The pirates also rummaged the vessel and took away personal crew belongings including laptop, phones, money and other valuables.”

There were no injuries to the remaining crew, the reports say.

The Ghana Navy and the Ghana Air Force has begun a search for the skiff used by the pirates.

The pirates are believed to be in the Niger Delta area.

As a result, coastal authorities in Togo, Benin and Nigeria have been alerted to increase surveillance “to help intercept the pirate skiff boat”.

“All mariners are cautioned that there is high possibility of pirates mothership in the form of a rusty looking small size tanker operating in support of pirates within the general area deep offshore Tema and stretching further East into Togo, Benin and Nigeria EEZs.

“All vessels are therefore to exercise extra vigilance and preparedness to hardened their vessels and report any suspicious boat/skiff immediately to coastal states for prompt response.”