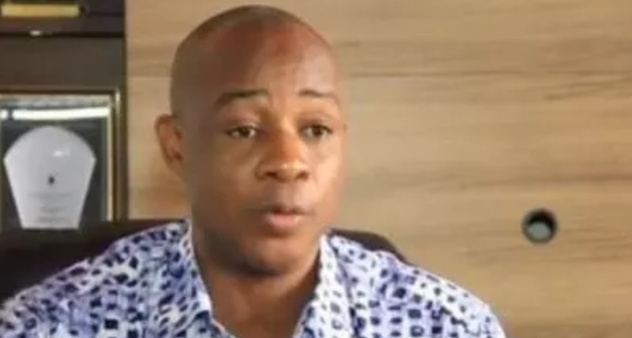 A picture of Adam Bonaa

Adam Bonaa, a security analyst has described some officers of the National security as illiterates and unintelligent people whose actions are questionable and also lack proper nationalistic training.
According to him, some of them cannot express themselves well “Go to the ports they are there everywhere they are there. Even the national security operatives operating at the port they can’t even communicate well”.

Mr Bonaa said “It will be difficult to stop recruitment by protocol into those agencies. So long as unemployment is high and God fatherism is still high somebody must take you there.
“If these people are trained and their loyalty is to the state but not the people who employed them into the organization then we will get somewhere. My point is these people must be given proper nationalistic training not people who are party loyalists”.
Mr. Bonaa’s comment comes in the wake of investigations conducted into the attack on two journalists from Citi FM by the National Security.

The Ministry of National Security has in a statement released withdrawn its Director of Operations, Lieutenant Colonel Frank Agyeman, and three other police officers attached to the outfit.
While Lt. Col. Agyeman is to report to the Chief of Defence for further probe and appropriate sanctions, the three officers are to be investigated by the Ghana Police Service and possibly face disciplinary action because the committee established that the conduct of Lieutenant Colonel Frank Agyeman (Director of Operations) and some police officers at the Ministry was inappropriate and contravened the Ministry’s standard operating procedures.