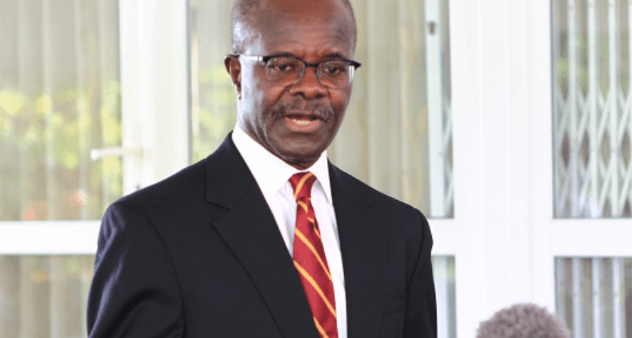 A picture of Paa Kwesi Nduom

Ghanaian businessman and politician, Dr Papa Kwesi Nduom and 18 others have been sued by a US-based company for $63m in alleged money laundering, wire fraud.
An equity fund and securities investment company based in the United States, Birim LLC, them.

“The Nduom family defendants, by and through their ownership, control and use of defendants GN Bank, Gold Coast Fund Management and over 60 undercapitalised interrelated companies, collected several million dollars of depositor’s saving, investment contributions and insurance premiums, and in violation of U.S. and Ghana laws illegally laundered approximately $63,000,000 of depositors’ funds through its Virginia-based sham ‘procurement and consulting service’ company, International Business Solutions,” it stated.
Describing Dr Nduom’s operations as one that would “put Bernie Maddoff to shame”, the writ further stated that the purported “criminal scheme” involved “international money wire system – of inflated, over-invoiced and above-market rate fees disguised as payment for ‘management service’”.
Plaintiff further alleges that Nduom family defendants dominate and control the Corporate Defendants and the related 60 or more companies, and in so doing, these entities commingle their funds and other assets and fail to segregate the funds of the separate entities. There is also the unauthorised diversion of corporate funds or assets to non-corporate uses”.

The plaintiff referred to the recent clean up in the banking sector which affected Nduom’s bank, saying, “a substantial portion of its [GN Bank] loans were illegally made to Nduom-related entities without the benefit of appropriate risk assessments, managements or determinants”.
Groupe Nduom-GH (GN-GH) is wholly owned, dominated and controlled by Nduom and his family for the sole personal benefit of Nduom. Having failed to meet its regulator’s qualifying criteria, defendant GN-GH was initially downgraded and reclassified from a commercial banking house to a Savings and Loans Company.