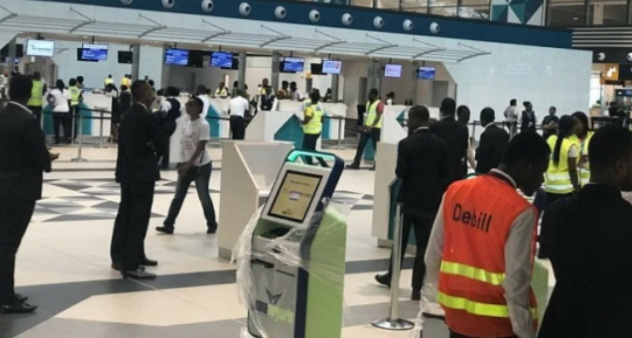 All general staff of the Kotoka International Airport has been asked by their union, the Ghana Airport Company Union to withdraw their services from 6 am on Friday, February 26, until further notice.

This directive has been put in place because they feel the Company’s Board’s is attempting to shelve the report of an investigative committee which allegedly confirms the Managing Director, Yaw Kwakwa is guilty of mismanagement and abuse of office.
The Union released a press statement on February 25, saying, the only way to turn the fortunes of the Company around is the removal of post of the Managing Director.
They have announced to the general public, especially air operators to withdraw their services.

Other services to be withdrawn include; screening of pre-board passengers and access control, fire/safety cover for all aircrafts, water and sewage treatment, and public announcement and flight display.

On the wake of these issues, Ghana is expecting to receive its second consignment of Covid-19 vaccine from India.