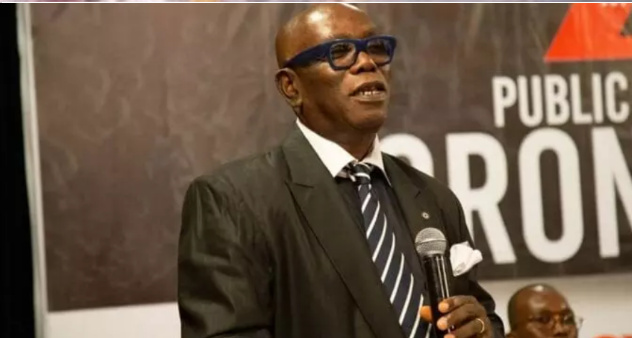 President and Chief Executive Officer (CEO) of the Institute for Security, Disaster and Emergency Studies, Dr Ishmael Norman, has said he is surprised that some Ghanaians still have issues with the action taken by the National Security Minister, Mr Albert Ken Dapaah, on the assault meted out to Citi FM journalist, Caleb Kudah.
Dr Nornam said for the first time, the Minister for National Security has put his foot down to deal with matters of this nature hence, he should be commended.

“I am quite surprised at the negativity which some section of the Ghanaian public basically have received this very positive move.
“I think for the first time the Minister for National Security has put his foot down and done something that we should all commend him for.
“Justice delayed is justice denied so I am impressed for the speed with which they conducted the investigations.

“I do believe that they have done very well. The punishment is appropriate to the offences.”

The Ministry of National Security has completed its investigations into the recent alleged assault on Citi FM journalist Caleb Kudah.
According to the Minister of National Security, Albert Kan Dapaah, who issued a statement dated Thursday, May 20, 2021, the conduct of Lieutenant Colonel Frank Agyeman and some police officers on the said day was “inappropriate and contravened the Ministry’s standard operating procedures”.

“The Committee also established that the journalists’ unauthorised entry into the premises of the Ministry of National Security was unlawful.”

Among the action taken by the Ministry are the reversal of the secondment of Lt Col. Agyeman as Director of Operations and the withdrawal of three police officers as operatives.

“The Ministry of National Security wishes to assure the general public and particularly all media practitioners that the Ministry will expeditiously investigate any complaints against any personnel of its agencies.
The tenets of National Security in Ghana should be based on a Whole-of-Government and a Whole-of-Society approach and cooperation from all well-meaning Ghanaians,” Mr Kan Dapaah stated.

The notice to investigate this issue by the Ministry was shot down by many, claiming there will be no fairness.

As a result, calls were rather made for an independent probe into the incident.