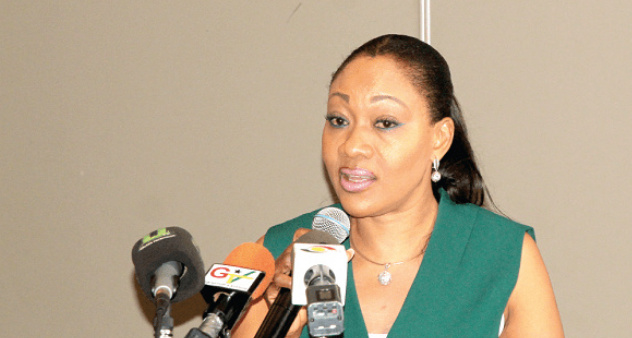 A picture of Jean Mensa

Chairperson of the (EC) Jean Mensah is set to publish full details of persons captured in the electoral roll. She said she is mandated to publish it as the law demands.

As part of her opening remarks at a media training for journalists on electoral reporting in Accra. Jean Mensah made it known that the commission has not breached any law in putting out details of the said register.

Jean Mensah refuted these claims because a section of Ghanaians were not in agreement that details of the register having names, ages, polling centers as well as ID numbers of voters were released to the general public.

The issue of data protection  was raised, however, the chairperson of the electoral commission has refuted such claims and made reference to C.I. 127 which requires that the provisional voters register is published”.

She said this is to ensure transparency. She added that the list has been pulled down in order to run some updates.

Meanwhile, Vice President of IMANI Africa says the law that allow the Commission to publish the voters’ register also requires the EC to exercise “a careful discretion” in putting out such details.