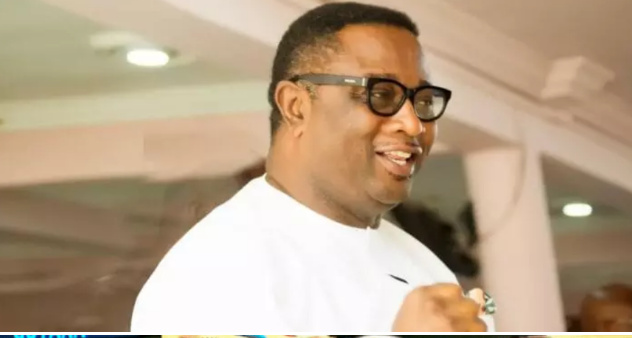 A picture of Elvis Afriyie Ankrah

NDC’s Elvis Afriyie Ankrah, who is the Director of Elections of the National Democratic Congress has revealed that the decision of his party to stay away from activities of the Electoral Commission (EC) is short-term.
He told Abena Tabi on the Key Points on TV3, Saturday, May 22, that the party will partake in events of the EC only when the Chair of the Commission Jean Mensa and her deputies have “reformed their attitude”

He also said that Mr Bossman Asare who is a deputy Chair of the Commission must withdraw his comments to the effect the NDC is a threat to Ghana’s democracy.

“Our boycott of IPAC is temporary,” he said.
He further explained that since the Jean Mensa and Bossman Asare took over, their attitude, posture, body language, utterances towards the NDC have been consistently negative and bias.

He added that currently, the EC’s Inter-Party Advisory Committee (IPAC) has been reduced to information sharing platform rather than a consultative platform.
Mr Bernard Mona, a former National Chairman of the People’s National Convention (PNC), said the EC must reduce its arrogance and carry all the political parties especially the New Patriotic Party (NPP) and the NDC along as the commission embarks on electoral reforms.

He also told Abena Tabi, that whatever reforms that the EC undertakes will have to be sent to parliament for approval and given that both the NPP and the NDC have equal numbers in the legislature, the EC will need the support of both parties. This means that the EC listens to the concerns from these two parties.

The NDC boycotted the two-day event held by the EC to examine the 2020 elections.

The party further dismissed claims by the chairperson of the EC Jean Mensa that the 2020 election was the most successful in Ghana’s history which demands celebration.

According to the party, there are several examples to show the election was flawed and poorly organized.
At a press conference in Accra, Director of Elections of the NDC, Elvis Afriyie Ankrah said the death of at least six persons, vote padding, widespread irregularities and the unprecedented number of rejected ballots, point to a process that was contrived and poorly organized.

Bernard Mona said “The Electoral Commission claimed they went for an IPAC meeting. In the current dispensation whether we like it or not only two parties exist. I am saying this because I contested and put in every efforts to become a member of parliament but I was roundly rejected , the PNC as a political party was roundly rejected at both the presidential and parliamentary elections. I am sure it is only the New Patriotic Party and the National Democratic Congress (NDC) that the people of Ghana thought worthy enough to give them opportunity to represent us at parliament.

“If the electoral commission is seeking electoral reforms and does not have the patience to wait or to work out how they will be able to work a major parties or the two parties that are currently in parliament , some of the reforms you are requesting will go to parliament ton, so you will need a bipartisan support in parliament to be able to carry out the reforms you are looking for.
And so if you decide that you will ignore, at this point in time the EC must reduce itself to a persuasive institution that comes out to carry everybody along.

“I think that the electoral commission in this matter should reduce its pomposity, come to the level, there is anger particularly from the NDC because they the EC was unfair to them in the processes leading to elections 2020 and after the 2020 elections.