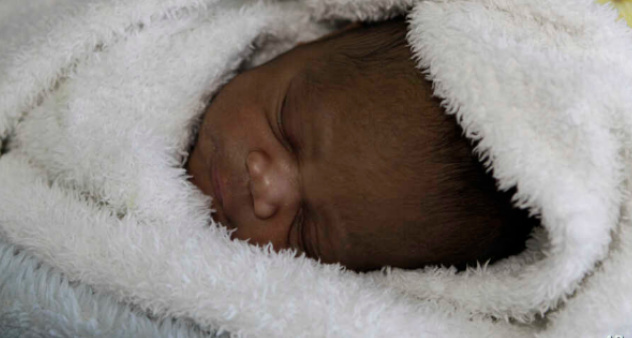 Picture of a baby

The Economic and Organised Crime Office (EOCO) and the Medical and Dental Council have busted an alleged baby trafficking.

It is sad to note that medical practitioners have gone against the Hippocratic oaths and are selling babies.

A transaction occurred on the sale of a month old baby boy on December 31, 2020, by a doctor at the 37 Military Hospital.

He was arrested at his private health facility, Susan Clinic located at Latebiokoshi where he allegedly sold the baby boy for an amount of GH₵30,000.

Known as Mr Quashie, he was arrested with 3 nurses who worked with his facility.

The woman was an undercover officer with EOCO.

He was arrested and confessed he was working with a nurse identified as Nancy as well as the Head of Social Welfare at the hospital, identified as Aunty Doris. Both have gone into hiding.

Both babies have been rescued and are safe.