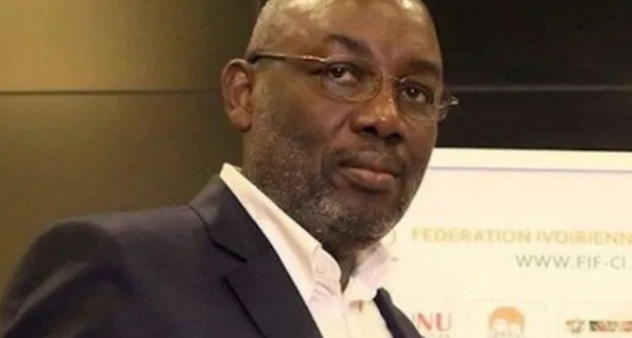 A picture of Sidiby Diallo

CAF President has sent a message of condolence to the Ivorian Football Federation after the demise of Sidy Diallo. Sidy Diallo was their F.A President.

He played a key role in 2006 when the Ivorian team qualified for their first FIFA World Cup.

In 2011, he was elected President for the Ivorian Football Federation and helped the team to win the AFCON in 2015.

This is the man that has passed on. He passed on, on Saturday, November 21 after contracting Covid-19.

He was 61 when he passed. He has played a very major key role in the progress of football in Ivory Coast.

Ahmad Ahmad led a delegation of the African Football community to commiserate with the family.

For 30 years, Mr. Augustin Sidy Diallo played such a distinguished role that it made the Ivorian National Team to chalk successes.

Ahmad Ahmad cautioned the football fraternity to follow the preventive mea oksures of Covid-19 in order to avoid being infected. He added that the demise of Diallo should be enough to keep members alarmed and aloof.

Related Topics:Sidiby Diallo
Up Next