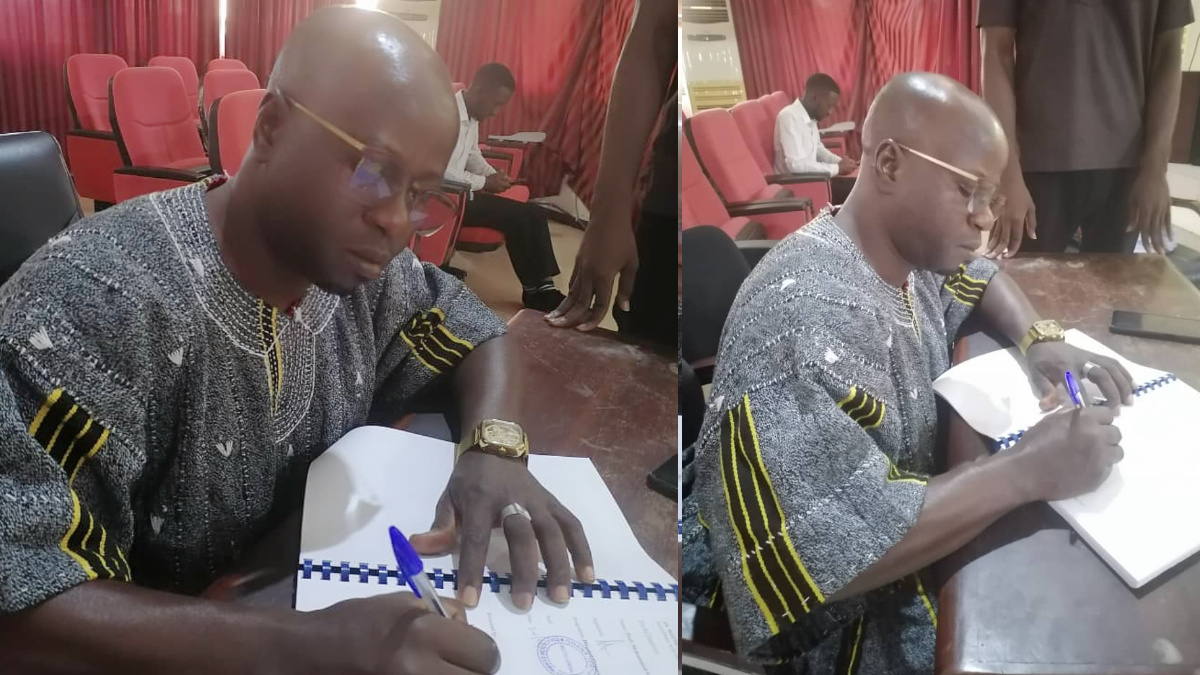 A picture of the principal of Gbewaa College of Education

This initiative, led by the Minister of Education Dr. Yaw Osei Adutwum, in collaboration with Ghana Tertiary Education Commission (GTEC), is meant to drastically reduce, if not eliminate, the growing demand for accomodation on our college campus following the implementation of the 4-year Bachelor of Education (B. Ed) programme four years ago.

The principal for Gbewaa College of Education, Dr. Musah Halidu, signed the contract document for the College during a contract signing ceremony that took place on 27th June 2022 in the confernce hall of the GTEC, Accra. It was under the supervision of the Deputy Director-General Dr. Abdulai Jinapor who was representing the Director-General Prof. Salifu Mohammed, and the Director of Projects Mr. Anthony Debre as well as Mr. Jerry Sarfo who has equally been instrumental in the project arrangements.

This robust Principal who has been in office for less than a year is a French Educationist, and a Senior Lecturer and researcher in Peace, Security, Conflict Resolution and Democratic Governance. The new principal has brought about remarkable changes to the College including organizing workshops to boost staff development as well as lobbying for projects to help place the College at its deserving place.The contract that has just been signed is a great feat which he surely rolls under his sleeves as one of the developmental projects he brings to the College to help solve the accomodation problems students face.

The project is expected to be completed in 15 months time, thus, August 2023. The contractor has already moved to site and official site hand over will take place on 29th June on the College campus.