Ben Ephson lectures on how to mitigate risks in investigative journalism 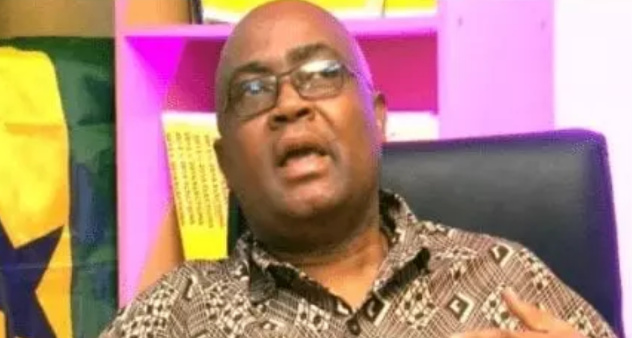 A picture of Ben Ephson

Mr Ben Ephson, managing Editor of the Daily Dispatch has asked journalists in Ghana who desire to go into investigative journalism to always be a step ahead of areas where they might encounter problems.
He also asked journalists to always think outside the box in the line of their duty in order to succeed.

Asked what will be his word for investigative journalists in Ghana while speaking in an interview with Dzifah Bampoh, Mr Ephson who has practiced journalism for over forty years said “Think outside the box, you are going into a restricted area.
Now there are gadgets. Thirty to forty years ago when we were working for the BBC, we were hiding tape recorders in our pants to avoid being searched.
“Now, you have your phone, you have a watch that can video and when you go to such a place to take obviously unauthorized footage, have a shirt that has the button as a recorder.

“When they ask for your phone and you give it up, volunteer that your watch is also a recorder, take them off guard. They will take your watch but you will do your recording with your button.
“When they give it back to you, you have your phone. So we should be a step ahead of areas where we think we might encounter such obstacles.
Definitely, it is going to be difficult for somebody to open his doors to come and investigate. So, yes, you must always be a step ahead of them.”

The Ministry of National Security has completed its investigations into the recent alleged assault Caleb Kudah.

According to Mr Ken Dapaah, who issued a statement dated Thursday, May 20, 2021, the conduct of Lieutenant Colonel Frank Agyeman and some police officers on the said day was “inappropriate and contravened the Ministry’s standard operating procedures”.

“The Committee also established that the journalists’ unauthorised entry into the premises of the Ministry of National Security was unlawful.”

Among the action taken by the Ministry are the reversal of the secondment of Lt Col. Agyeman as Director of Operations and the withdrawal of three police officers as operatives.

“The Ministry of National Security wishes to assure the general public and particularly all media practitioners that the Ministry will expeditiously investigate any complaints against any personnel of its agencies.

“The tenets of National Security in Ghana should be based on a Whole-of-Government and a Whole-of-Society approach and cooperation from all well-meaning Ghanaians,” Mr Ken Dapaah stated.
The notice to investigate this issue by the Ministry was shot down by many, claiming there will be no fairness.