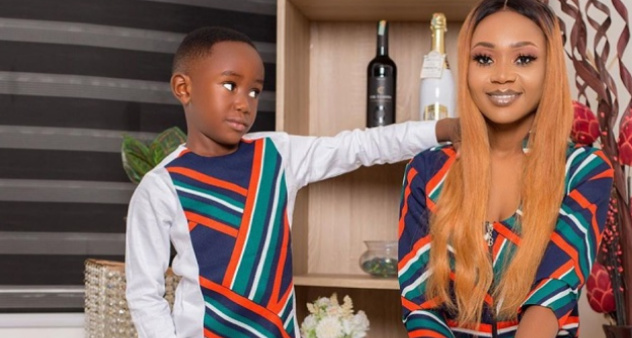 Akuapem Poloo born Rosmond Alade Brown has been arraigned before an Accra circuit Court for displaying a naked picture she took with her son on social media.

She was charged with two counts by the  court. Namely; Publication of obscene materials and engaging in domestic violence or abuse.

Akuapem Poloo pleaded not guilty when the charges were laid against her. The court was presided over by  Mrs. Christiana Cann, who charged her to present a bail in the total sum of GHS 100,000 with four sureties.

She stated that two have to be justified with a landed property worth the sum of GHS100,000. Along with it, a title deed. All these demands are to be deposited at the court registry pending the order of the court.

The case was adjourned to November 23rd.

Philip Kofi Bekoe,  Akuapem Poloo’s lawyer requested bail for his client explaining that she had people who will stand in as sureties for her.

Mr. Bright K. Appiah is the Director of Child Rights International Ghana and the complainant against Akuapem Poloo. He claimed that on June 7th, Akuapem Poloo posted a nude picture of herself and her child half naked on his 7th birthday. This was done on her social media handles. 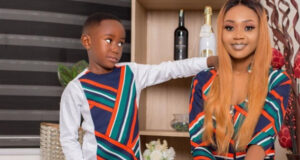 A picture of Akuapem Poloo and son

For this reason, the complainant petitioned the Director-General CID and the matter was referred to the Domestic Violence and Victims Support Unit (DOVVSU).

Rosemond says the picture was posted unintentionally whilst the prosecution says it was intentional. Therefore she must face the music.

Related Topics:
Up Next